AK-47 is a bright white color hybrid Sativa that originates from Afghanistan and Thai cross. Despite the origin of this strain being scanty, the genetics of this breed will remain for ages due to the popularity of its parents.  The name may be scary but in reality, that’s a cool strain that will impart a mellow feeling. In addition, it will leave you euphoric, uplifted, and above all peaceful. Many people enjoy it especially when they are listening to music.

AK-47 is a combination of four strains namely Thai (Sativa), Afghanistan (Indica), Colombia (Sativa), and Mexico (Sativa). Therefore, the strain is 65% Sativa and 35% Indica. THC levels can be as high as 20%.

Besides the dry eyes and mouth, the strain at times makes users dizzy and paranoid. Some can experience minor headaches. Users take advantage of the strain’s relaxing effects to relieve their anxiety and stress. Also, it can be used as a chronic ache and pain remedy. Insomniacs report increased restful nights when they use AK-47. And for individuals that are suffering from depression, mood disorder, and bipolar disorder use it to regulate their mood content. Finally, it’s an effective appetite triggering strain and it eases vomiting and nausea.

The smoke of this strain is much like an aroma but it’s more of fruit kush flavor. Also, it should be noted that the strain has cerebral effects that are associated with buzzing, calming, and high body. With the strain expect an instant mood elevation. And also a euphoric feeling will explode throughout your mind.

The plants are a bit tall and have large calyxes. They have dark yellowish-green colour buds with also fine red hairs and lots of trichrome. Mostly the plant’s grown indoors either on hydro or soil. But farmers without indoor space should not worry. The strain can also perform well outdoors and the harvest is the same but the temperatures should be below 75%. If planted indoors the strain is mature for harvest at eight to nine weeks, and if planted outdoors the plant matures for harvest in the middle of October. And with the right conditions the plant has the capacity to produce 350 to 500 grams per a square meter. 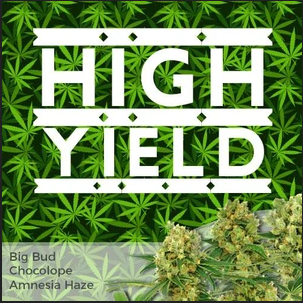 July 8, 2020
We use cookies to ensure that we give you the best experience on our website. If you continue to use this site we will assume that you are happy with it.OkPrivacy policy